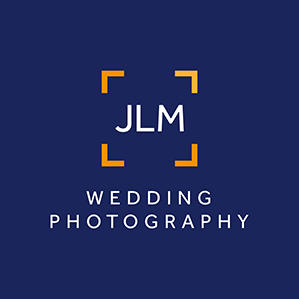 The Wedding That Started It All!

This is the story of Miranda and Alex’s Wood Lane Countryside Centre wedding, all the way back in June 2013.

The wedding also known as my first ever wedding!

It was always a pity that this wedding never made it onto my blog.

Alex and Miranda have been close friends with my wife and I for many years.

One day, probably somewhere around summer 2012, they were round at our house when suddenly there was a noticeable pause.  Alex looked at Miranda, she looked back at him.  They gave us the look.  The ‘we have a proposition for you’ look.

That was when they asked me if I would photograph their wedding.

To put that into context for you, at this point photography was my hobby.  I ran a local photography group and had occasionally photographed events at my place of work.

I had never even considered photographing someone’s wedding.

To be frank, I didn’t think I was good enough.

Alex and Miranda though, seemed to be of the opinion that I was good enough.

So, on the understanding that I was not a professional and thus great results were not guaranteed, I accepted their proposal and we carried on with the rest of our evening.

When June 2013 rolled around I felt more prepared than I had when they initially asked.

I had taken the plunge earlier in the year and bought myself a better camera.  It still wasn’t a professional camera, I couldn’t afford that.  Still it was a good quality and dependable camera.

I also spent the time learning, getting ready for the pressures of the day by making sure I knew my new camera inside and out.

Yes, my wife and then nearly 3 year old daughter were also there.  In fact my daughter was the flower girl.

Looking back, I think that was probably a more difficult situation than simply being the photographer.

Whilst I was able to spend some time with my wife and daughter, and we did sit together at the dinner, I was conscious that I was leaving them for extended periods throughout the day.

Not ideal, but they knew other people besides me so they managed to still enjoy the day without me.

Many seasoned wedding photographers look back at their earlier work and cringe.

We are always learning and constantly improving, even those who have been doing it for years.

As part of telling this story to you I pulled the photos out of the archives, picked out some highlights and gave them a fresh edit.  I applied what I know now about post-processing to the photos I took at the time.

To be honest, I am quite proud of myself.

The photos I took were pretty good, though I can definitely see how limited I was by the lower rate camera gear that I had at the time, especially in poor light.

If I was to be critical, there are photos I missed.  Photos that I would not have missed now simply because I know more about where I need to be ahead of time.

For example, I don’t think I did a good job capturing the first dance, there don’t seem to be many shots of that at all.

Also, looking back at the group photos, the lighting was not the best.  It was a beautiful sunny day, which is a pain for photos with all the harsh shadows.

In hindsight, there were loads of trees about which would have provided ample shade to take the photos without the sun.

The only proper cringe moment I have is looking at how I used the flash.  During the speeches I must have been pointing the flash directly at those speaking, resulting in harsh shadows behind them.  Something I would never do these days.

That said, I am pleased with how the photos turned out.

The most important thing for me is that I didn’t let my friends down, and therein lies the risk of asking a friend to take your wedding photos.

Being brutally honest, I was lucky that nothing went wrong.

Although my camera was new and in good condition, I only had one.  Had I dropped or damaged it at any point I would have been unable to carry on.  Same goes for my lens.  I think I only had one battery too.

Being so ill-prepared terrifies me now.  Of course, I now have the means to make sure I carry backup gear, extra batteries, memory cards, insurance and so on.

Thankfully nothing did go wrong on the day for me, others I have heard about have not been so lucky.

I know I have rambled on a bit here, I think this is a story worth sharing.

The story would not be complete without sharing some of the photos I took on the day.

So here are a handful of shots, all taken by me with one camera, one lens and no experience.

Be kind in your comments 🙂

So there you go, the story and some photos from the first wedding I ever photographed.

Rest assured I have come a long way since 2013.  If you would like to talk to me about photographing your wedding give me a shout.

See ya next time,

For more details and to check my availability pop your details into the form below.