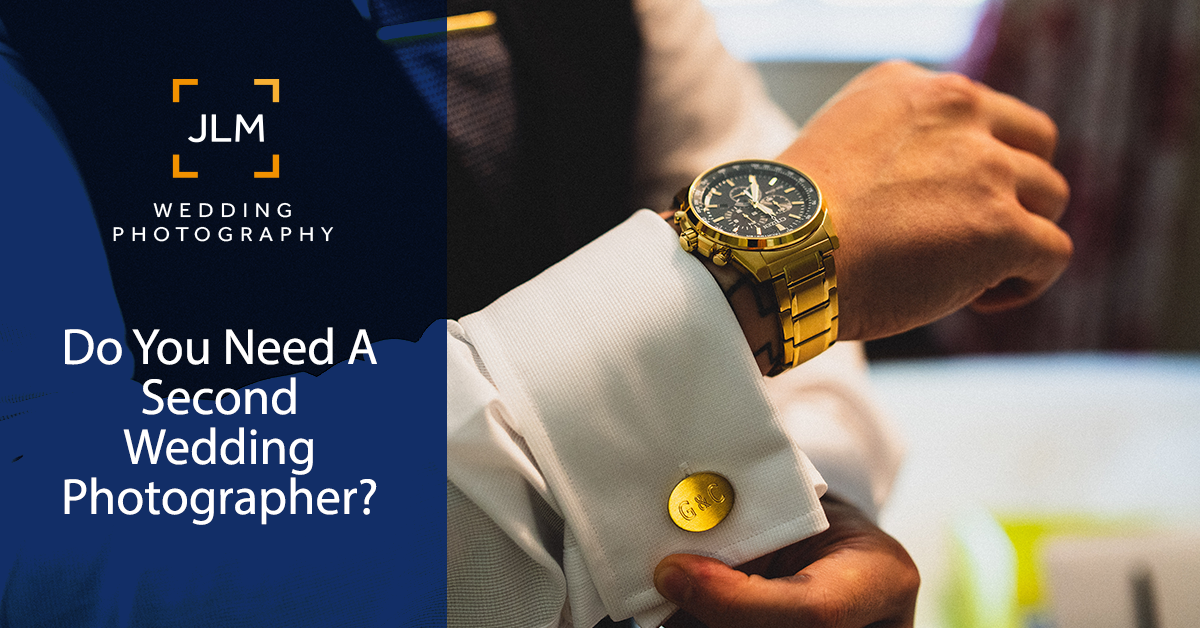 Do You Need A Second Wedding Photographer?

Your wedding day only happens once, and with so much going on having a second wedding photographer to provide additional coverage seems like a no-brainer.

But, having multiple photographers at your wedding can have some downsides.

So let’s explore the ups and downs of second photographers.

As always, the images featured in this article were taken by JLM Wedding Photography unless otherwise stated. 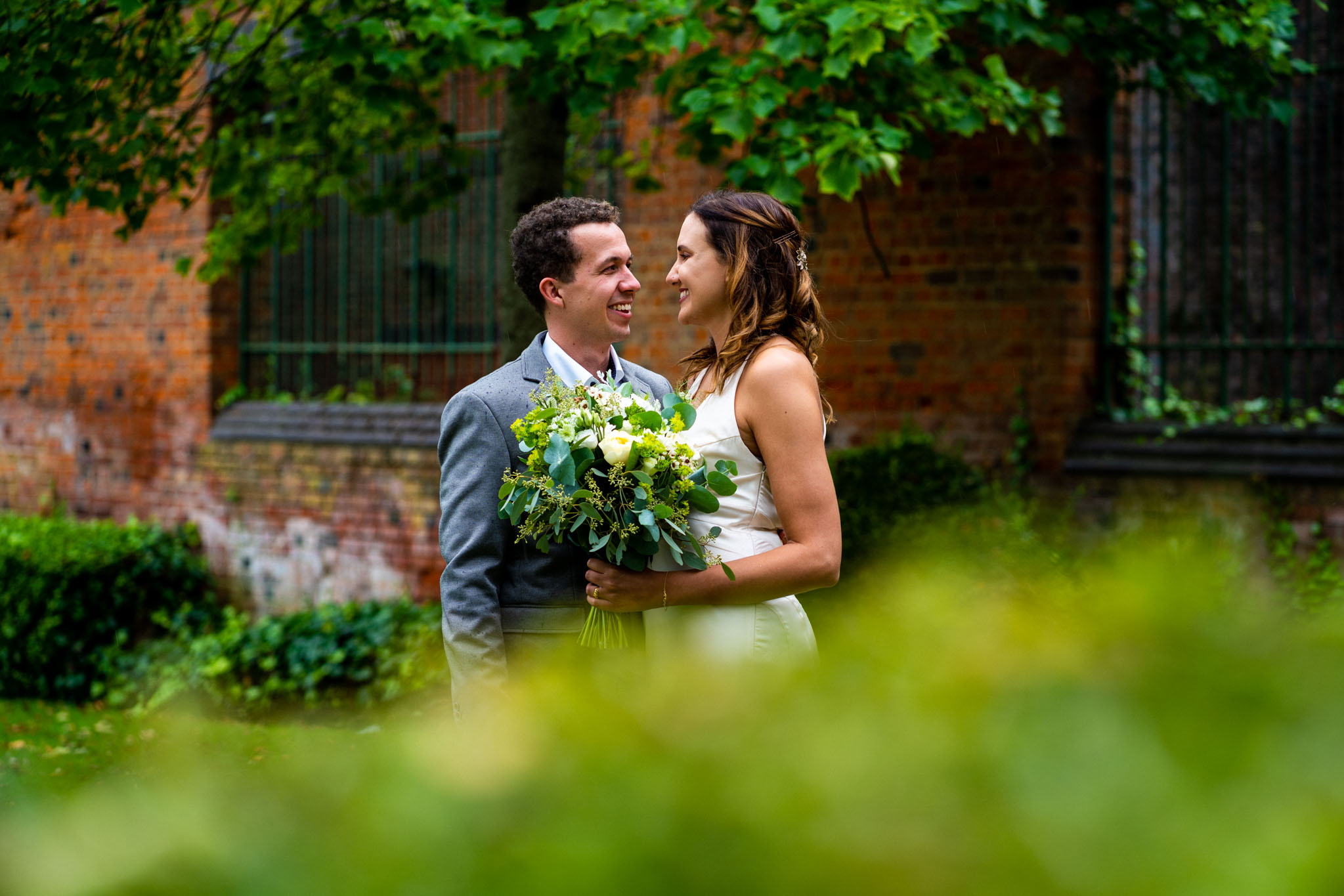 What is a 'Second' Wedding Photographer And What Do They Do?

The primary photographer is the person who takes responsibility for capturing your day.

They represent their brand, they have a style and a vision and that is what you will have looked at and admired when you considered booking them as your wedding photographer.

The second photographer will have been hired by the primary photographer, to capture additional angles and cover secondary locations.

Typically when you choose your wedding photographer you will come across one of three scenarios.

There is an alternative to the ‘primary’ model wherein both photographers are equally primary.

They may be equal partners in the business and come as a duo.

In that case as well as in scenario no. 3 above, you’ll need to make the decision about whether you want a second photographer before you book them. 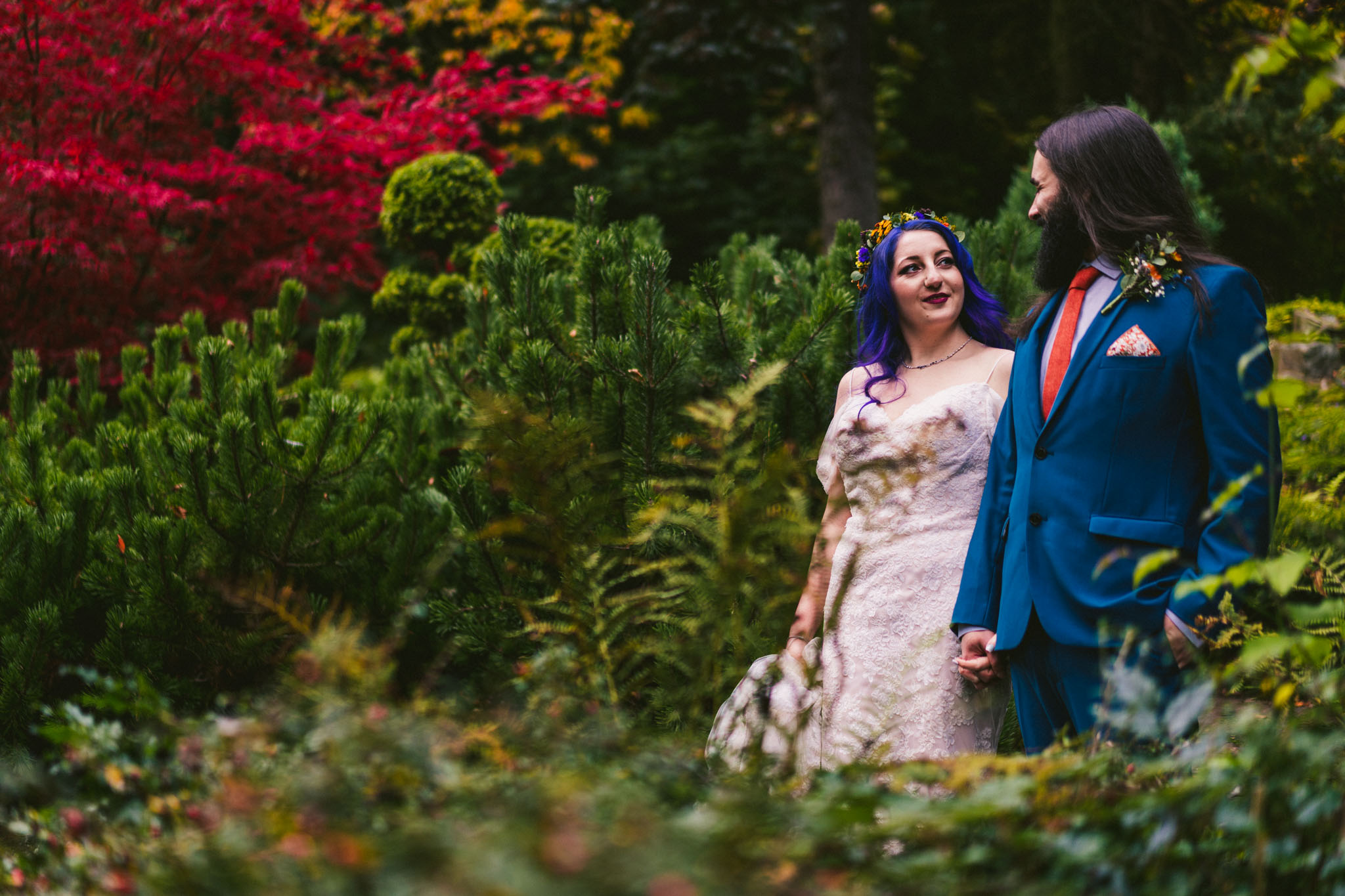 Is An Assistant The Same As A Second Photographer?

Some photographers may also bring along an assistant to help them on the wedding day.

Whether or not they shoot photos depends on the arrangement with the main photographer.

Their main role will be to assist the primary photographer with things like light stands, tripods, and possibly helping to arrange people into group photos.

I would regard assistants as something entirely different for the purposes of this article, although it may still be worth you asking your photographer whether they use an assistant because you may end up having to feed them. 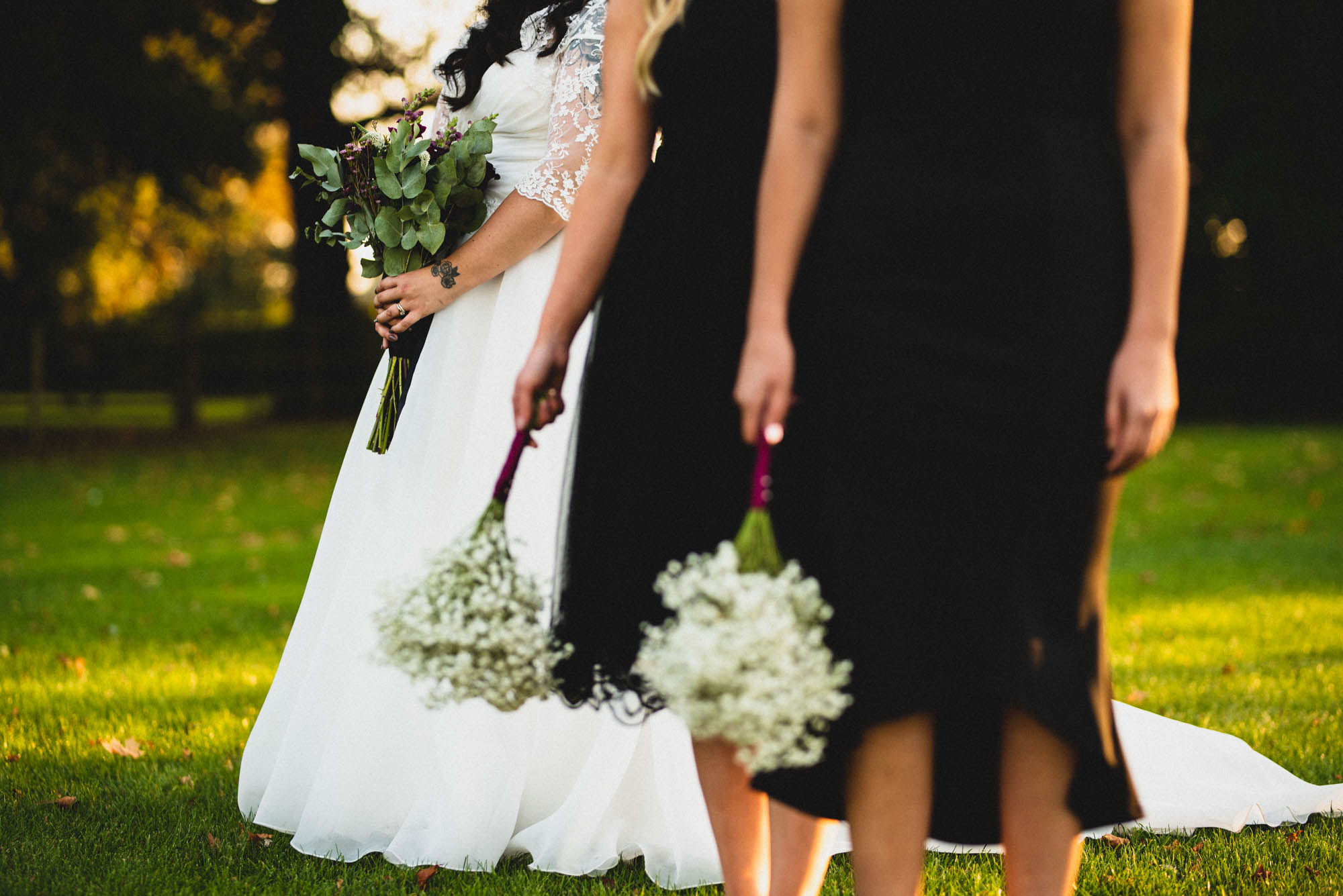 Advantages Of Booking A Second Photographer

There is a pretty obvious benefit to a second photographer.

Instead of just one person at the front taking photos you have another at the back capturing a different perspective of the same thing.

They can also be capturing candid moments of your guests whilst you are out with your primary photographer taking portraits, so you’ll know what you missed during that time.

For me though, the main advantage to having a second photographer is….

Capturing Both Parties Getting Ready At The Same Time

Even then, there will be moments that are missing down to simply logistics.

I would regard this as especially important for same sex marriages where there are two bridal parties, who both deserve equal coverage.

Providing Backup For The Main Photographer

Any wedding photographer worth their salt would have backup gear, but there are some things a spare camera and extra batteries won’t help with.

What if, for example whilst travelling between venues, the primary photographer is involved in a road traffic accident?

In that instance, you may have temporarily lost your primary photographer, at least you have the secondary photographer who should already be waiting at the location and can stand in as the primary until they arrive. 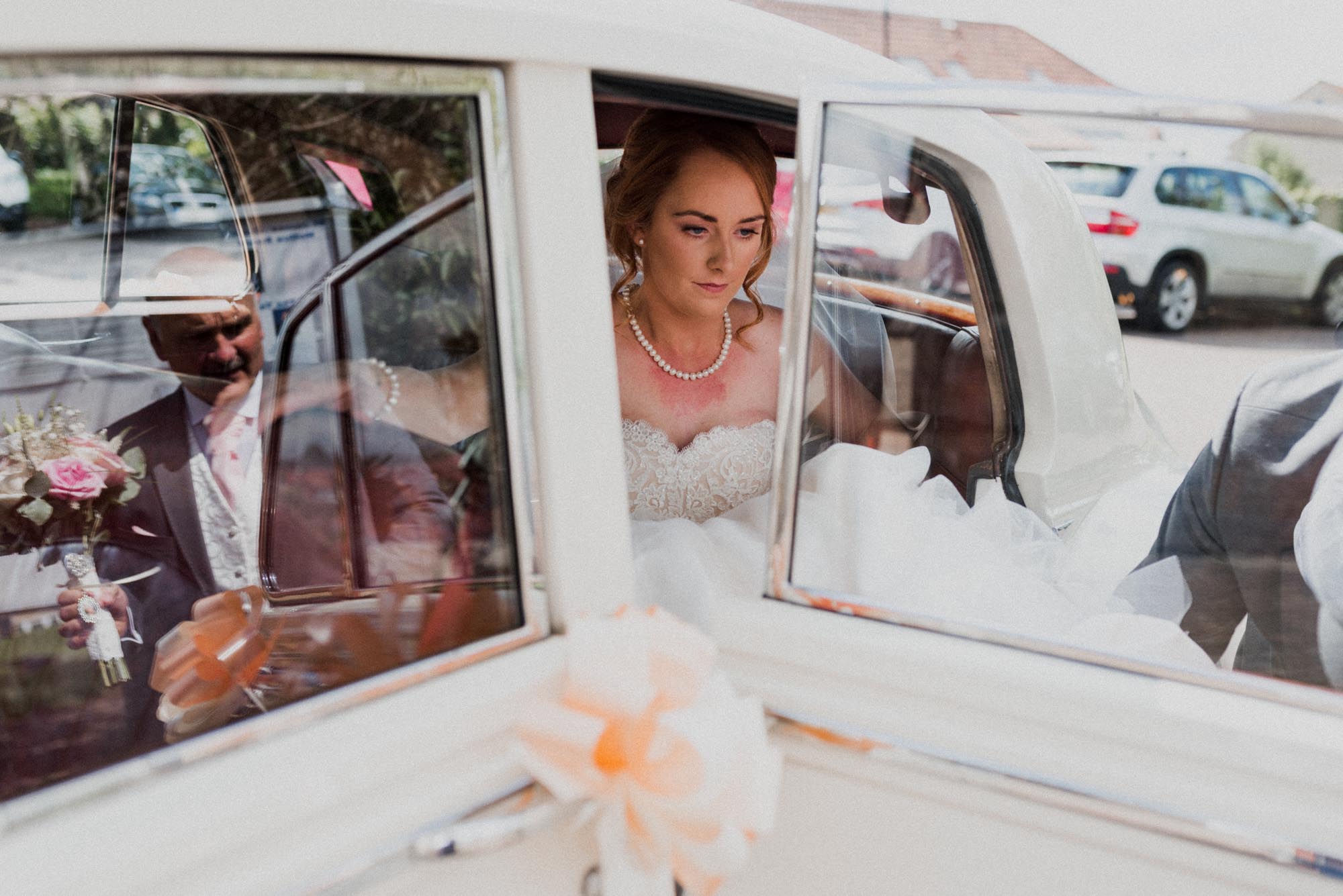 Disadvantages Of A Second Wedding Photographer

Yep, there are downsides too.  The most obvious being…

You are now paying for two people rather than just one.

If the second photographer is an optional extra then that’s another thing you have to find money for.

You may also need to consider paying for a second meal if that is included in the photographer’s contract.

Having Multiple Photographers Can Be Intimidating

I can’t speak for everyone, but I know the couples who tend to book me as their wedding photographer are usually the kind of people who don’t want to turn their wedding into a production.

They want to get on with having a beautiful wedding day without they and their guests feeling uncomfortable or inundated with photographers.

From a photographer, they want discretion.

They want someone who will blend in a capture the day without disrupting it.

Adding a second photographer can risk causing the very disruption they are trying to avoid.

Don’t get me wrong, we’re only talking about two people.

The right team of photographers they should be able to work tactfully enough for this not to be a big deal.

When you’ve got a small or medium sized wedding party, two photographers can potentially feel a lot more intimidating that just one.

They Will Get Into Each Other’s Photographs

An experienced photography team should be able to mitigate this for the most part, there are still times where getting into each other’s photos in unavoidable.

This may not bother you, after-all the photographers were as much a part of your day as anything else.

For the most part this will be nothing more than amusing, though there can be times when both photographers have the same idea and can get in each other’s way.

In the below image you’ll see me unavoidably becoming a feature in my second photographer’s image.

I don’t feel like this is a particularly egregious example of what I’m talking about.  I actually don’t have any of those.

For me the main point is to consider that having multiple photographers covering the same thing is not always guaranteed to be better than just one photographer.

Conclusion: Do You WANT A Second Wedding Photographer?

I’m going to be unusually decisive here and say no, you don’t NEED a second wedding photographer.

The only time I would strongly recommend a second photographer is when you really want comprehensive photo coverage of both parties getting ready prior to the ceremony.

Other than that it comes down to whether you WANT a second photographer.

In writing this article I wanted to make sure to convey the idea that two is not automatically better than one.

As we have seen above there are pros and cons to having an additional photographer.   It’s up to you to decide which option is right for you.

And as always, if you have any question or comments, please feel free to ask.

All the photos on this page were taken by JLM Wedding Photography.

If you would like to check if I am available on your wedding day, and to check what’s included, pop your details into the form below.

PrevPreviousWhy You Shouldn’t Give Your Photographer a Wedding Photo List